By knowing a little about how screens work and Windows displays itself you can make better decisions as to the best practices in making your computer more visually accessible. This article has been over-simplified to avoid too much lengthy technical boring stuff.

A computer screen is essentially a grid like a sheet of maths paper, made up of millions of tiny boxes known as pixels. When the computer wants to display something on the screen it sends out the co-ordinates of the square in the grid and what colour it wants it to be.

In this grid the screen isn’t displaying anything – so all the cells (or pixels) are black. If the screen isn’t sent information for a particular pixel then it will display it as black, as it does when the computer is off.

In this grid the computer has had a half-hearted attempt at drawing a smiley face. It would have done this by sending to the screen the following sort of information:

If you have a CRT screen then the resolution isn’t fixed: you can step up and down within a certain limit, without even needing the restart the computer. Setting the resolution lower, say to 800 by 600, causes fewer pixels in the same physical area. Consequently they stretch to fill the space and everything gets much bigger in a very straightforward manner. Compare the image on the left (800×600) to the image in the box above (1024×768) and you can see what a powerful tool changing the resolution can be. This is a foolproof way of enlarging everything on the screen.

This doesn’t work so well with TFT screens. These have a ‘native’ resolution that is defined when they are built in the factory and any change in the resolution leads to a degree of blurring which can be intolerable.

Buying a bigger screen is a very simple and effective way of enlarging everything on the computer. Although it may not seem like much on paper the difference between a 17″ screen and a 21″ is quite significant.

Increasing pixel densities on modern, larger TFT screens can actually result in a smaller image than on an older, smaller screen.

An older 17” flat screen that you are currently using might have a native resolution of 1024 x 768.

The pixels are more densely packed on the 21″ model and each pixel is smaller than those on the 17″ screen.

Even though the 19″ overall screen area is significantly larger, any text and images shown on this screen will actually appear slightly smaller than on the older screen. 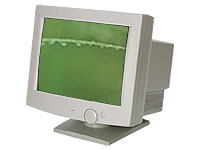 CRT – have a large back like a traditional telly

TFT – have a very narrow ‘footprint’

TFT screens are now the norm. They small their virtually-flicker free technology eliminates many headaches and nausea associated with using a PC for prolonged periods. This also makes them a much safer option for those who have photosensitive epilepsy.

To help with some of the issues mentioned Windows XP, Vista, Windows 7 and Windows 8 all support changes to the DPI. This allows items on the screen to made larger without blurring. There are issues with increasingly the DPI and it works better in newer versions of Windows.

Resolution Independence is a new development. It removes the relationship between objects on the screen and the pixel grid, allowing those objects to be resized without distortion and blurring. [more: resolution independence] 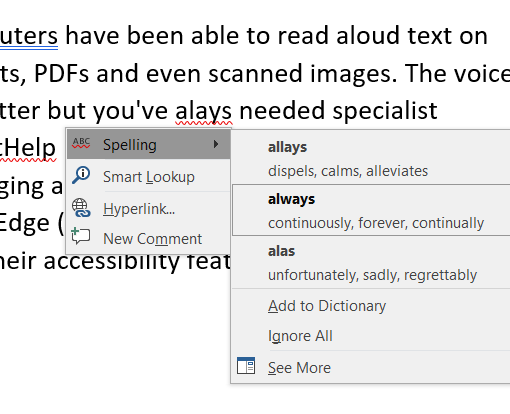 For a long time computers can have been able to read aloud text on web pages, documents, PDFs and even scanned images. The […] 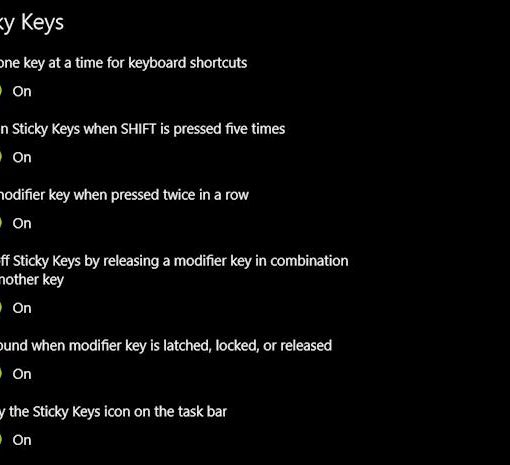 Sticky Keys is a free Windows accessibility features that helps people who find it difficult to hold down two keys at the same time. 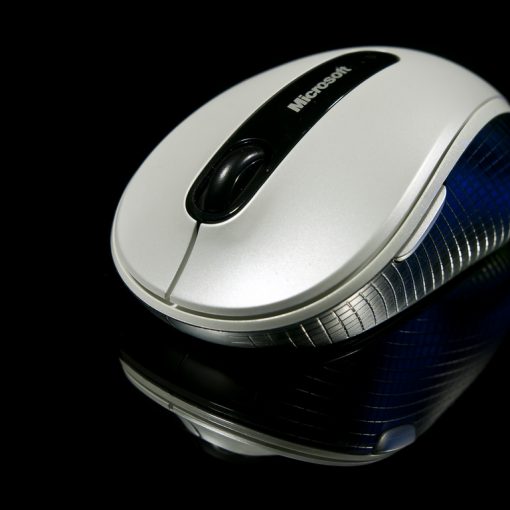 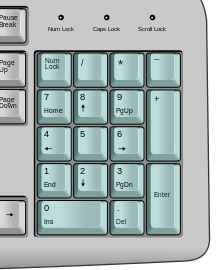 Mouse Keys is a free Windows accessibility feature. It lets you use the numeric keypad on the right of your keyboard to […]