People approach one handed typing in different ways. The solution depends on the person’s skills, their environment and preferences. This page is a quick reference guide only. If you want to find out more I recommend you visit the more detailed website “About One Hand Typing.”

Preferred option: use a standard keyboard and practice a new typing position

The author of that website, Lilly Walters, can type at 85 wpm on a standard keyboard with one hand. Want proof? Here’s a video of her typing. She has accomplished this through positioning her hand on the FGHJ keys and having lots of practice.

As always with assistive technology, the advantage of using conventional hardware is that you can access any computer; at work, home, school and in the library.

It’s possible to remap a standard computer keyboard with a layout designed specifically for a one-handed user, with one layout for left- and another for right-handedness. Windows 10 users can activate the one-handed keyboard layout without installing any other files. Users of older Windows versions can find out how to download and install the free one-handed Dvorak keyboard map at the Microsoft Enable website.

If you remap your keyboard then it would make sense to buy some keyboard stickers so that you can label your new layout without having to physically dismantle your keyboard. They are available from suppliers such as Amazon or Inclusive Technology.

Often one-handed keyboard typing can be slower than two-handed typing, and can also be quite tiring. This is often the case for people who have movement difficulties relating to cerebral palsy or similar conditions. Both speed and fatigue can be addressed, to some degree, by the use of prediction software such as Penfriend or Co:Writer. Alternatively, you could try a specialist keyboard, speech recognition or a free and fast on-screen keyboard like Dasher.

Alternative keyboards for one handed typing

Compact/Mini Keyboard (£20 and above)

Compact keyboards, such as the popular Cherry G84-4100, are often recommended for one-handed typists as they require less horizontal movement to get access to all keys and can be more easily positioned compared to a full-size keyboard.

Improved positioning can make a big difference in comfort and efficiency, particularly when using one hand to type. Ideal for fitting on to wheelchair trays.

However the actual distance between the alphabet keys is the same as on a standard keyboard, so it is only the peripheral keys such as Page Down / Page Up that are closer.

Personally I like compact keyboards because they give me more space on my desk. After many trials over the years my keyboard of choice is the Razer BlackWidow 2014 Tournament Edition.

The Maltron Keyboard is designed specifically for one handed users. According to the Maltron website, one such user has achieved a typing rate of 85 words per minute.

n my experience, the unique aesthetics can easily discourage both children and adults. There is evidence from a small study that using the two-handed version of the Maltron keyboard can increase typing speed without increasing muscle strain, something attributed to Repetitive Strain Injury, and so may be useful for individuals with a muscular skeletal injury. One can only speculate if this benefit applies to the one-handed user.

When using the Half Qwerty Keyboard, you place your hand where it would normally be as if you were touch-typing with two hands (on the home keys). To type the letters of the opposite half of the keyboard, you hold down the space bar and mirror the same finger movement that would have been done by the other hand. Hitting just the space bar produces a space.

This method is said to restore fast typing for existing touch-typists as the motor pattern is very similar, and you can quickly return to two handed typing in the future if required. Keytools have some statistics that indicate that typing on the Half Qwerty is faster and easier to learn than a chorded keyboard (see below).

Although it looks like it’d be challenging to learn to use a chorded keyboard like the CyKey it is surprisingly easy. It took me around twenty minutes to learn the alphabet, although it will take longer than that to pick up speed, and there are additional chords to represent most of the keys you find on a standard keyboard.

The CyKey device is wireless, light and small (around as big as a postcard and as thin as a pencil). There are several alternatives available including a chorded keyboard that you wear like a glove. Further information can be found in the Chorded Keyboard Wikipedia Article.

Speech Recognition for one handed typing

Speech recognition technology is improving all the time. Computers are getting faster and therefore better at processing our voices, and the people who code the software are learning from previous iterations. It’s important to consider the environment in which you want to use speech recognition. Some places such as the classroom aren’t suitable due to lots of background sound and it might not be practical if you need privacy in a shared office. And you will still benefit from wearing a headset, if you want the best accuracy.

Offline Speech Recognition (£77 to £230 for Dragon NaturallySpeaking, FREE in Windows)

The current versions of Dragon NaturallySpeaking are very accurate and very fast but does require a fast PC and most users will need support when learning to use it.

Microsoft Windows Vista, Windows 8/8.1 and Windows 10 all come with free speech recognition engine pre-installed. The Microsoft speech engine is quite old (it

dates back to 2006) so you might find you receive less accurate and slower results than using a new version of Dragon NaturallySpeaking.

There are some great video demonstrations of speech recognition on VoicePower’s Website.

Google Docs has dictation built-in and is available in a wide range of languages. In English, you can also issue commands (such as make corrections and move around the document). You need a reliable internet connection to use Google Docs dictation (even if offline mode is enabled) as Google’s online servers process the speech.

Microsoft has recently allowed users to dictate to Microsoft Word using the newer online speech processing engine of Cortana, rather than the 10-year old offline software discussed above. You can access this for free through an add-on to Microsoft Word available from http://dictate.ms/. 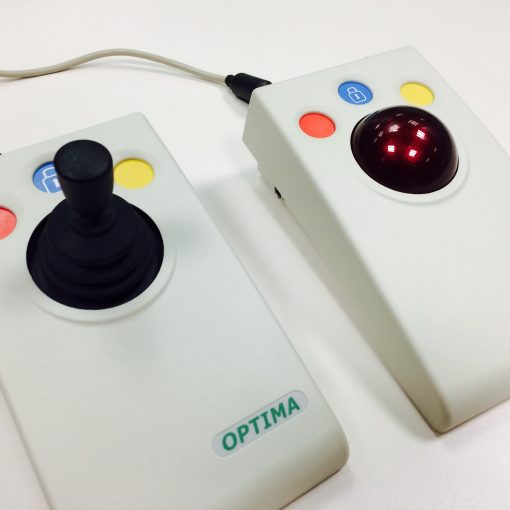 The On-Screen Keyboard bundled in with Windows XP is a welcome addition and has proved useful for many of my clients. But […] 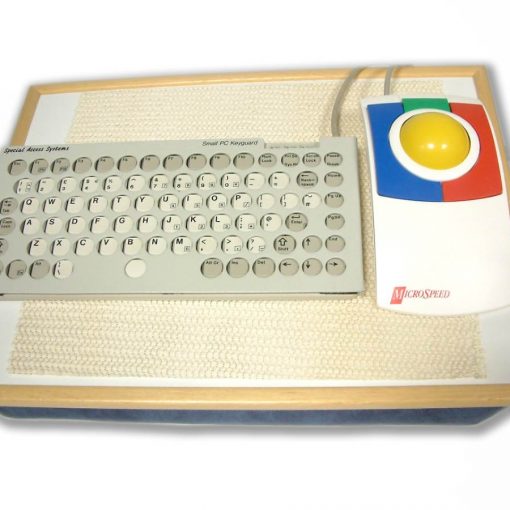 Tenkeyless Keyboards Compact keyboards are about the size of those found on laptop computers. The keys themselves are actually around the same […]