Word prediction when typing has become common place thanks to the feature built into mobile phones. However long before that word prediction was available for individuals who have difficulty typing efficiently on standard computers.

Word prediction can be useful for people who type slowly due to physical difficulties. Particularly for those who use a keyguard, large keyboard, or Windows’ free Slow Keys feature, or for those who type with one hand.

It is also useful for individuals who type slowly due to inefficiency in finding keys on the keyboard, and for people with dyslexia who make have difficulties with spelling.

Word prediction is often built into on-screen keyboards, and for users of switch access (for example for individuals with motor neurone disease).

This is a list of software that supports prediction on Microsoft Windows PCs:

Those of you who visit the website often, or those who are just looking at the feed, will notice that content is […]

Why Change the Colours? Changing the colour scheme of text involves changing text colour (foreground) and/or the page colour (background). This can […] 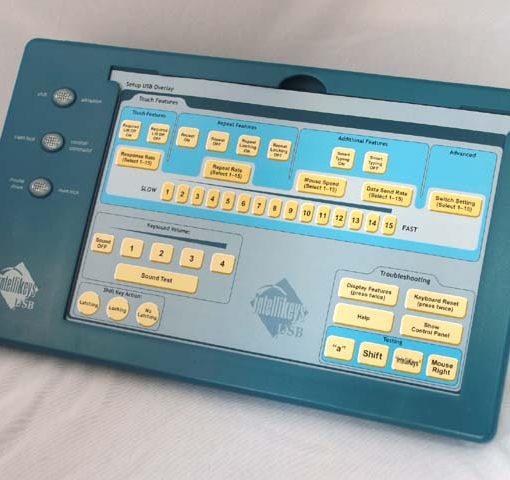 The Intellikeys is a programmable alternative keyboard that plugs into any computer running Windows. It enables students with physical, visual or cognitive […]